Well, I haven't updated for quite a while but here you go.

Hope everyone had a wonderful Christmas. Kind of bittersweet here with only half the family here. We managed to get out a little before Christmas and look at some of the things that happen around here. Took a drive to Virgille the weekend of their Christmas celebration. It is a old ghost town that has the mercantile and bank transformed into an antique shop. Didn't buy anything but they have a lot of nice things. Nicely decorated for the holiday's too. 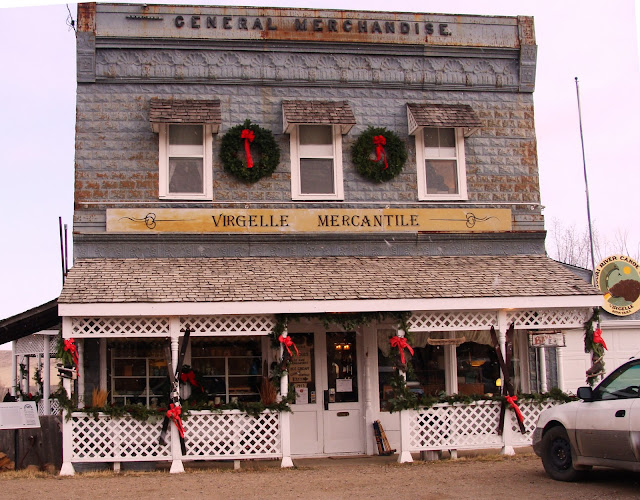 In the evening Fort Benton had their parade of lights and we entered the truck in the parade with over 1200 lights on it. The theme was "The most wonderful time of the year" and since part of that song says about Marshmallows for toasting we put this on the back of the truck. There was a fire ring and the kids had marshmallows on lighted sticks over the fire. 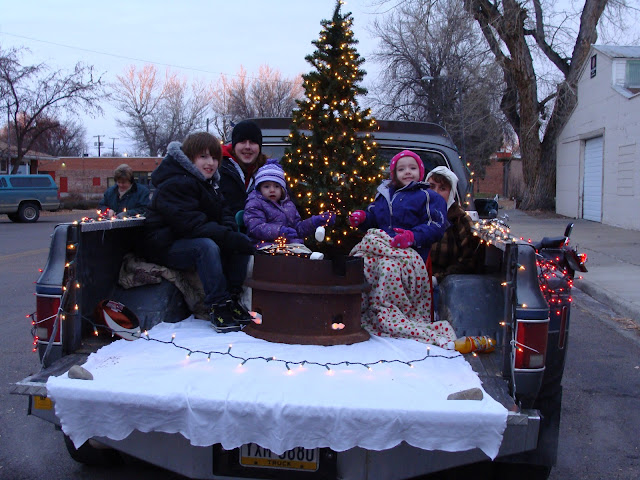 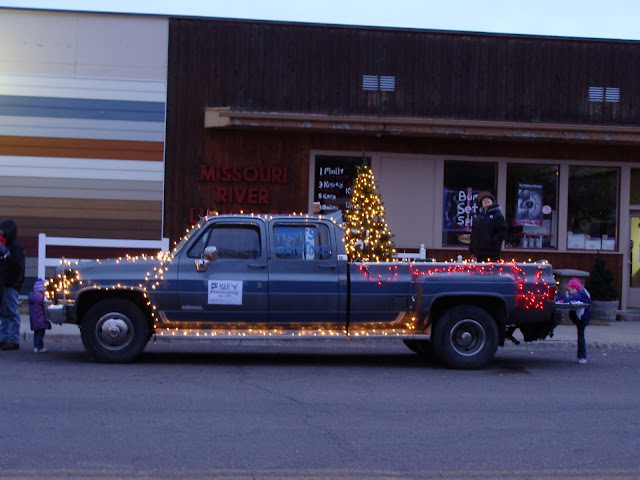 We won 3rd place for the Best Lit Business! And the kids had a blast that was the best part. They loved being in the parade and throwing candy instead of getting it. :)
This was another entry in the parade. A detailed replica of the Grand Union Hotel. Pretty awsome. 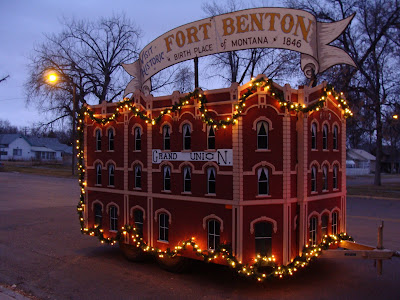 We took some pictures of the kids by the tree. Well actually we attempted to.....It was interesting to say the least. We got some good pictures in spite of trying to get 3 kids to stay still and look the same direction at the same time. LOL 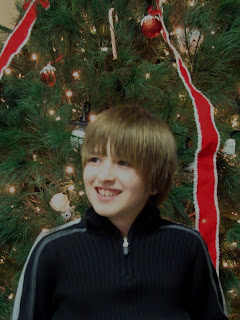 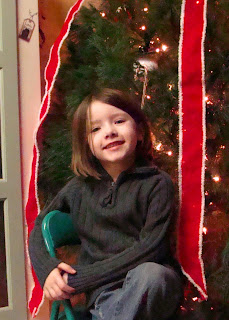 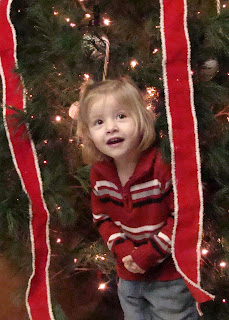 Little Mischievous!!!
Emily and Austin came out to spend Christmas with us and we went to Cheyenne to pick them up. This was on the way down but I forget the little town it was in. I made Mike turn around so I could take a picture. 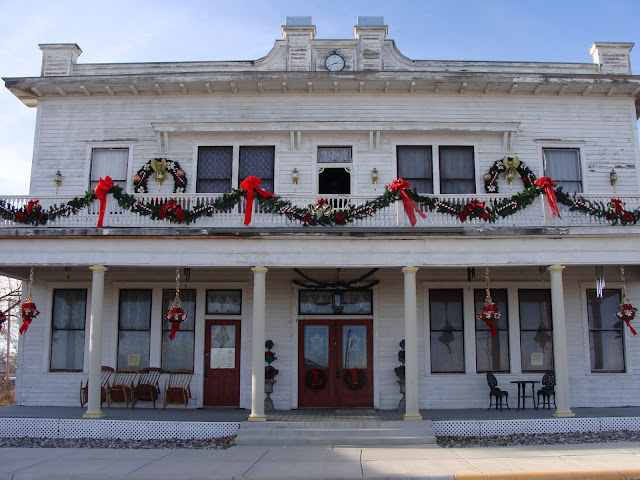 We were heading back from Cheyenne in the dark and there are some pretty amazing light displays that I tried to get some pictures of, and here is one of them. 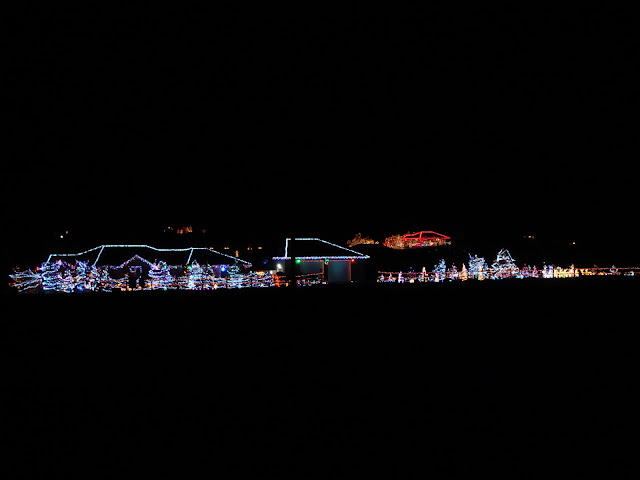 This was something very unique on the Crow reservation on the way home. It is the Teepee Capital of the world so what else do you do with the teepee frame in the winter when the canvas is off but decorate it. There are quite a few of them but I only got a picture of 2 of them. 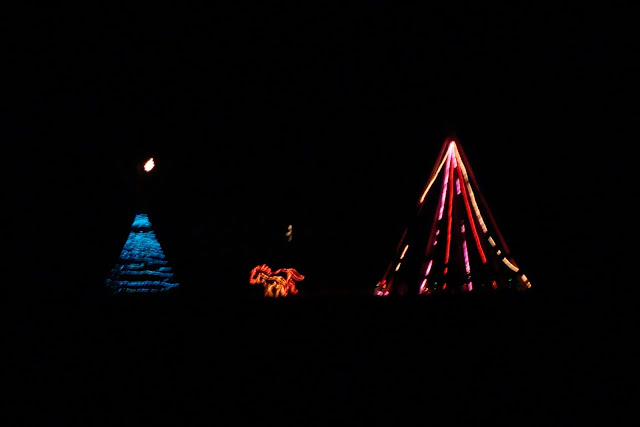 Our Christmas day was a balmy 50 degrees and we took a walk down to the river in the afternoon. These are the Harlequin Ducks that the kids like to watch. They swim in groups and dive under the water. Then they pop back up like bobbers. Kenna and Kate giggle at them. 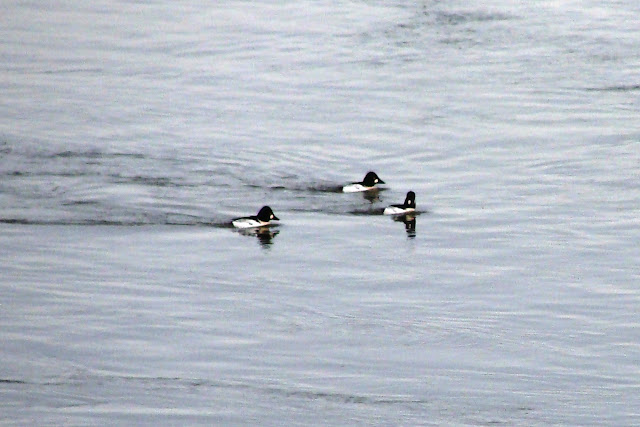 I am beginning to think we are the winter destination for Canadian geese. I thought it would be farther south but this is crazy. This is one portion of the river and the whole river bank is like this. Thousands of geese!!! They congregate in a corn field above our house and when they take off of come into the field it is so noisy! 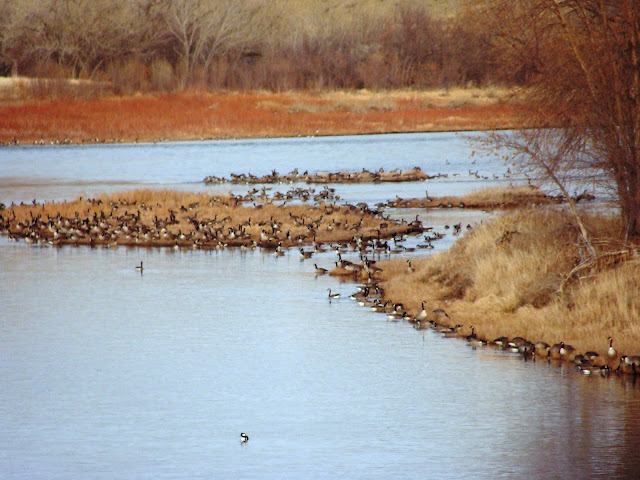 I managed to catch the sunrise a couple of mornings ago. A few minutes after this the whole sky looked like this all the way east to west. There is no way to capture that on film but it is so beautiful. 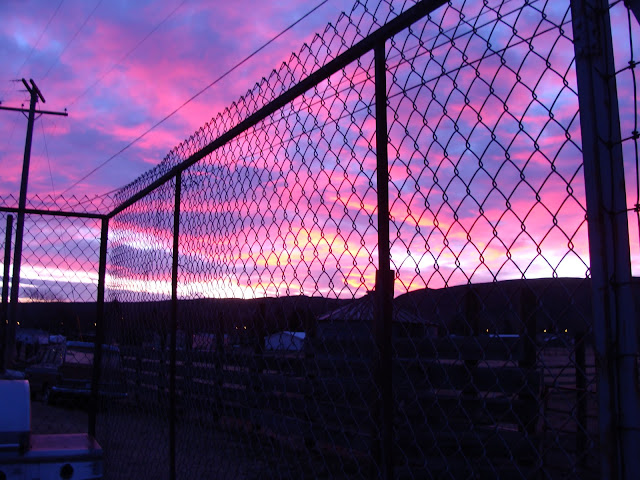 We have the totals from what we did this year in wild game. We made almost 1300 lbs of bologna and sausages, 350 lbs of jerky, and over 1200 lbs of hamburg. No wonder I was so tired!!! Now it is just beef and a few pigs scheduled for the end of Jan.

Hope everyone had a wonderful Christmas season and here's to a wonderful and prosperous new year for all of us.
Posted by Beth and Mike Ettinger at Thursday, January 05, 2012