Chicken coop and a visitor

Over the memorial day weekend we built a new chicken coop. We got peeps in March and then acquired 6 laying hens in April. We didn’t have a place for them so we set up some dog coops that were around the place for their temporary home. This is what they were living in. 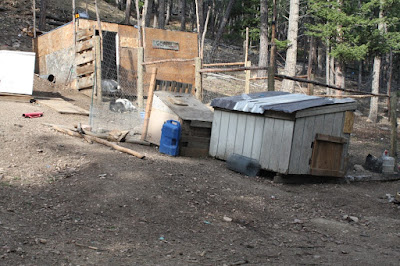 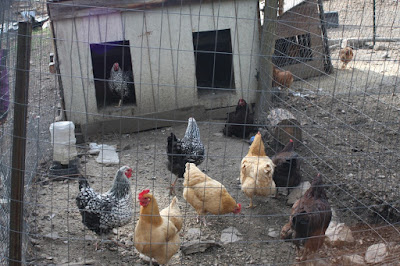 Not a very good set up but it worked for the short term. So we started to build a coop that will better suit their needs and ours as it was very difficult to feed, water or gather eggs.

We started with very uneven ground and started leveling it before we began building. 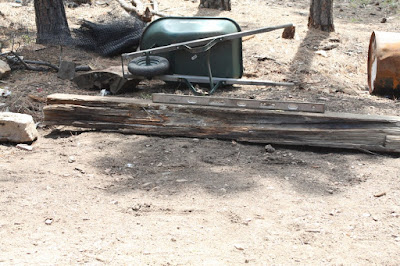 We put some railroad ties down and leveled them then placed a portion of fence on top of it. Once it was all level we started building. 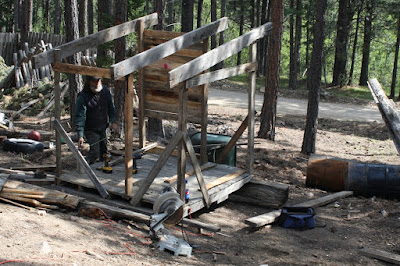 We put the frame up and sided the walls with old fence boards. This will work for the summer but we are planning on the chickens being in the barn for the winter.
Everyone helped us get the coop up. 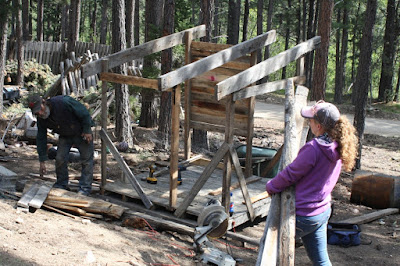 We added a door and a window that were on the property. We also made a little chicken door. 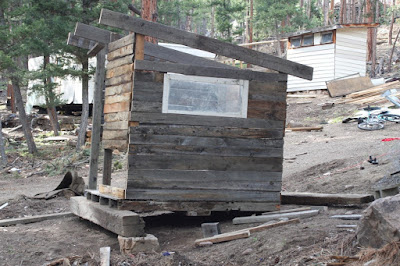 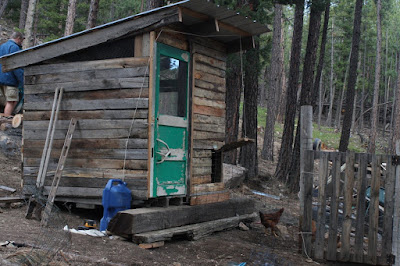 Once the coop was up a friend at work called and asked if I wanted all the chicken wire that they took down in their yard to put up chain link. There was 150 feet of fence and a bunch of wood posts. Mike and I ran into town to pick them up. We put up the fence, added a gate and finished the coop. 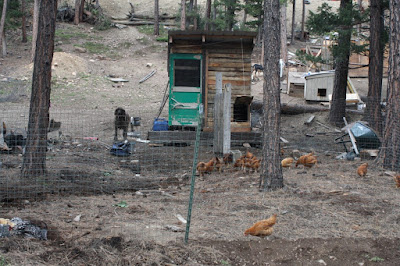 The chickens loved it.

They were in their house for 4 days when Mike let the dogs out one morning without looking out and there was a bear in the feed freezer. It had knocked down the old peep pen wire and flipped the feeder. The dogs saw the bear and the chase was on! Dogs eventually came back but this was the mess. Mike went down right away and flipped the freezer back up but his was the scene. 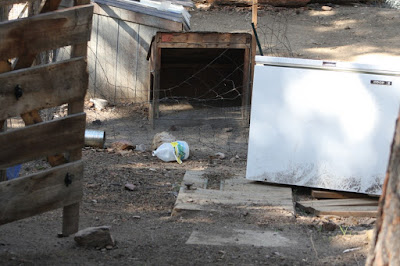 Because we don’t have a barn completed the feed is kept in a freezer outside the goat pen. Our goats free range most of the time and they were in a habit of going in the pen at night but they could come and go as they please. They were not in their pen and now we don’t put them in for their own safety. They have a better chance of escape if they are loose and not trapped in a pen. They stay close to the house so we are not too worried about them.
The next night the bear came back and knocked over the compost bin. What a mess!! Well now we are stringing a few strands of electric fence with a solar charger around it.
Now the freezer is locked and we make sure there is no other feed around to tempt our visitor. It is a black bear so at least it isn’t a grizzly!!